A married man of 35 years, a father of three, a bicycle tour leader and a philanthropist. Gone at age 60. 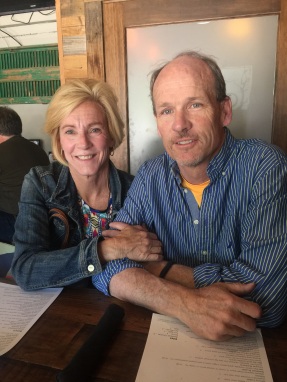 My husband, Andrew “Andy” Martin, was unusually proactive about his health. Since age 30, he regularly went in for checkups with his primary care physician and did all recommended tests, like colonoscopies, which he received at age 50 and then again at 55. He was a skilled athlete in tennis, skiing, basketball and golf. He even retired early from a banking career to become an EMT, small business owner and cross-country bike tour leader. In July 2016, after complaining of lower abdominal pain, the physician that Andy had been with for 25 years put him on a variety of strange diets, all the while assuring him that his pain was food-related and that he did not have cancer. But Andy didn’t get better; in fact, he was very sick and getting worse by the day. Our family was desperate. Fortunately, a good friend and excellent physician at St. Joseph’s Hospital in Denver helped us get an appointment to see a new doctor, who prescribed Andy a colonoscopy. Two days after Andy’s procedure, we got awful news: Andy had Stage IV anal cancer which had metastasized to his lungs and liver.

We were stunned, confused, angry and very scared—but not deterred. Andy started treatment immediately. We sought opinions from physicians at University of Colorado Hospital and from anyone else who would listen. Throughout his treatment, Andy endured a botched colostomy, chemotherapy, radiation and two “promising” clinical trials. I can’t begin to explain just how difficult this journey was for Andy, myself and our family. Aside from the guidance and support we received from our cancer advocate from ICAN (International Cancer Advocacy Network) who walked with us through the entire process, it was a terribly lonely journey. There are so many frustrating events we endured as a family—too many to share in a short blog post—but nevertheless we approached each step in Andy’s treatment with optimism and a heavy resolve to beat his cancer. During every painful, scary, difficult day, we persisted.

Eventually we came to learn that Andy’s cancer was caused by a virus, the human papillomavirus (HPV). We found out that about 79 million Americans are, at any given time, infected with HPV, and there are 14 million news cases every year. In fact, HPV is so common that 80% of Americans will get an HPV infection in their lifetime. We learned that HPV is passed through various forms of intimate skin-to-skin contact, and because the virus is so common, you can become infected even if you’ve only ever had one partner. The virus can also lie inactive in your body for years or even decades, so it’s not a sign that your partner has been unfaithful. The interesting thing about HPV infections is that most of them clear from people’s systems; however, some infections persist and develop into cancers that affect men and women, including anal, penile, rectal, cervical, vaginal, vulvar, and throat cancers.

Andy, walking our daughter down the isle, three-and-a-half months before he passed away.

When we realized Andy’s treatment wasn’t working, we made the incredibly tough decision to take him home. Andy was placed in hospice and four days later, on October 13, 2017, after a 15-month battle with anal cancer, he passed away with his 92-year-old mother, my brother, our kids, and me by his side. We were shocked and heartbroken, to say the least. Andy was truly one of the good ones. Before he died, he was able to attend our daughter’s wedding and walk her down isle. At the wedding, Andy saw our son propose to his now-wife, but he was gone before their wedding.

Recently, the FDA made the decision to allow HPV vaccination up to age 45, although the Advisory Committee on Immunization Practices (ACIP) must still determine if they will recommend it for this older age group (and therefore if insurers will pay for it). Nonetheless, men and women up to age 45 now have the chance to protect themselves. Even if a person has been infected with one strain of HPV in their lifetime, the vaccine still protects against 9 different strains of the virus (including those most likely to cause cancer and genital warts) and could protect that person from contracting another strain. The HPV vaccine is all about prevention! 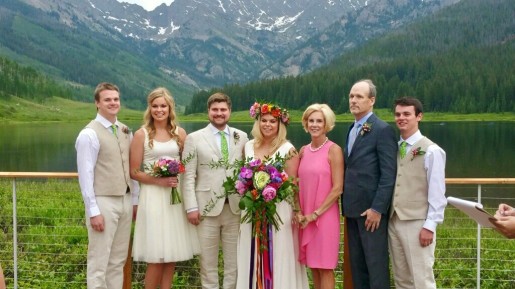 HPV has left our family heartbroken and without our wonderful father and husband. I’m committed to sharing my story and advocating for the HPV vaccine and its ability to prevent the cancer that took Andy from us. As a community, we need to share stories like mine to ensure no family must endure what mine did. I’m committed to doing my part. Are you?

Mary Ann Martin is a Denver-area mother of three and a passionate advocate for the life-saving power of the HPV vaccine. Mary Ann and her family have committed to honoring Andy’s memory by promoting awareness of HPV-associated cancers and the HPV vaccine. In October 2018, the Martins hosted Andy Gives Day, a fundraiser to support efforts to raise awareness of the HPV vaccine and provide no- and low-cost vaccines to Colorado children. Their campaign raised over $10,000.

For more information about HPV and the vaccine, please visit HPVFreeCO.org.