Why Does My Baby Need a Vaccine in the Hospital?!

Many parents think about the shots their baby will get to protect them from diseases as starting at the 2 month checkup, but there is actually a very important vaccination that should be given shortly after a baby is born: the hepatitis B vaccine.

In my prior life as a general pediatrician, I took care of many hundreds of newborns in the hospital and moms and dads asked me often if they should get the hepatitis B vaccine for their baby. The short is answer was always yes. Seriously, though, what were their concerns? Mostly they expressed concerns like Isn’t she too young to get a shot?, I don’t think he’s at risk for hepatitis B, I saw a study that said it might cause autism,  We don’t need that – I tested negative for hepatitis B in my pregnancy, and Why do we need to do this in the hospital? Why don’t we just do it in your office? Read on for my responses to each of these questions.

First of all, what is Hepatitis B?

“Isn’t she too young to get a shot?” and “I saw a study that said it might cause autism.”

These questions bring up a few issues: vaccine safety, vaccine effectiveness at such a young age, and the pain associated with getting a shot.

Hepatitis B is a very well-studied vaccine and we know it’s one of the safest vaccines ever made, both in terms of short term side effects and long term effects. Hepatitis B is one of the least likely vaccines to cause a fever or soreness, and there are no known long term side effects (this has been very thoroughly studied). While we don’t know the causes of autism in all cases, we can say with certainty that hepatitis B vaccine, like other vaccines, does not cause autism. Period.

Regarding effectiveness at such a young age, this has also been thoroughly studied and hepatitis B has been  shown to give a strong immune response in newborn babies (in contrast to some other vaccines, which is one of the reasons why we wait until 2 months or even a year to start some of the other vaccines). Some parents are concerned that their baby might be too young to respond to a vaccine, but babies’ immune systems are maturing quickly, encountering literally millions of new germs in the first days of life. Giving them the hepatitis B vaccine at this time in no way ‘overwhelms’ their system.

And what about pain? While this is hard to study, here’s how I always explain it to parents: consider the pain the infant just went through being born! My impression is that newborns are well equipped to handle the minor pain associated with a vaccination. Having seen many newborns receive this vaccine, if they cry at all, it’s very brief. Some nurses will offer to let the child suckle or use a pacifier dipped in sugar water to ease any pain associated with the vaccine if you’re concerned about this. Both of these methods can be very effective. To put the pain associated with the vaccine in perspective, for boys, compare what goes on with a circumcision (about half of boys in the US are still circumcised) with a single needle stick.

“I don’t think he’s at risk for hepatitis B.” 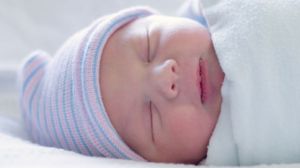 The main ways Hepatitis B is spread are through blood-borne transmission (like a needle stick or sharing needles), sexual transmission, and vertical transmission (mother to baby). The thought process for many parents reasonably goes something like this: “Well, we don’t use IV drugs, we aren’t in the health care industry, and we haven’t been sleeping around, so there’s no way we could get hepatitis B.” While all of these things put a person at lower risk of acquiring hepatitis B, the risk is not zero. In the US, about 30% of people who get hepatitis B have no known risk factors. In other words, they didn’t use IV drugs, they weren’t promiscuous, and they weren’t health care workers – they just got it and they have no idea how. While this is hard to explain, it gets into the biology of the virus – compared to some other blood-borne bugs, like HIV, the cause of AIDS, for example, it’s a pretty hardy virus, suggesting that perhaps it could be spread through minor abrasions or something like that. According to the CDC , the hepatitis B virus remains viable and infectious in the environment for at least seven days and can be present in high concentrations on inanimate objects, even in the absence of visible blood. That’s one of the reasons it’s so important for all children to get immunized against hepatitis B.

“We don’t need that – I tested negative for hepatitis B in my pregnancy.”

There have been cases of newborns getting hepatitis B from their mother even if she tested negative during pregnancy. These cases are thought to have happened either because there was an error with the test or the mom got infected with hepatitis B after the test. While both of these scenarios are really rare, because the vaccine is so safe, I think it’s still better to just go ahead and get the vaccine in the hospital.

“Why do we need to do this in the hospital? Why don’t we just do it in your office?”

“So, bottom line, should my baby get the vaccine in the hospital?”

It is true that if you tested negative in pregnancy for hepatitis B, the risk of your baby getting hepatitis B is very low. However, it’s not zero, and giving the dose in the hospital also gets your baby started on the vaccine series (it’s a 3 or 4 dose series) that will offer lifelong protection. All things considered, my wife and I didn’t hesitate to get our children the hepatitis B vaccine shortly after birth. I considered the shot itself as ‘no big deal’ but I thought of the protection it offered was a HUGE deal.

Dr. O’Leary is a pediatrician and pediatric infectious diseases specialist at Children’s Hospital Colorado. Prior to working at Children’s Colorado, he was a general pediatrician in a busy private practice for 8 years. In that time, he encountered many parents with concerns about vaccines. We asked Dr. O’Leary to talk a little about his experiences with parents who have questions about vaccines: “Initially, I was concerned that these parents did not trust my judgment when I recommended vaccines for their children. I came to realize, though, that asking about vaccines was no different from any other part of parenting. These parents weren’t questioning my judgment; they just wanted to do what’s best for their children, and there is a lot of conflicting information about vaccines out there. Wanting to do more to help parents better understand vaccines was one of the main reasons I decided to return to Children’s Colorado and become a researcher and educator. I now spend much of time attempting to do just that: talking with other physicians about the best ways of communicating with families about vaccines, doing vaccine related research, and yes, still talking with families about vaccines.” On a personal note, Dr. O’Leary is married and has two children, along with six chickens.